One of the expressions of Orthodox Christianity is by worship. The liturgy in the Orthodox Church is an expression of the biblical accounts of the worship of God taking place around His heavenly throne (see Isaiah 6 and Revelation 4).

The three main services in the Church’s liturgical cycle are: 1.) Vespers (evening worship), which has the theme of hope in Christ as the Light who shines in the darkness; 2.) Matins, with the theme of Christ as God who has appeared to us heralding the Good News of salvation, and 3.) the Divine Liturgy, a celebration of Christ’s Kingdom which is both yet to come and at the same time already reigning in the heart of every believer.

Orthodox worship is very physical, with many symbolic articles and gestures. Perhaps the best known of such articles are icons. Icons are understood as scripture in pictorial form; they present the message of the Bible using images rather than words. As Orthodox Christians pray before an icon or honour it with a kiss, by showing love and reverence (“veneration”) for the person or event portrayed in the icon.

It is popular to speak of seven “Holy Mysteries” recognized by the Church. Four of these Mysteries are part of the life of every believer: Baptism, Chrismation the Holy Eucharist, and Repentance (Confession). The remaining three focus on specific callings or situations: Marriage, Ordination, and Unction (the anointing of the sick). A bishop alone celebrates the rite of ordination, while the remaining six may be celebrated by a bishop or priest. In an emergency, life-threatening situation, a lay person may baptize someone. 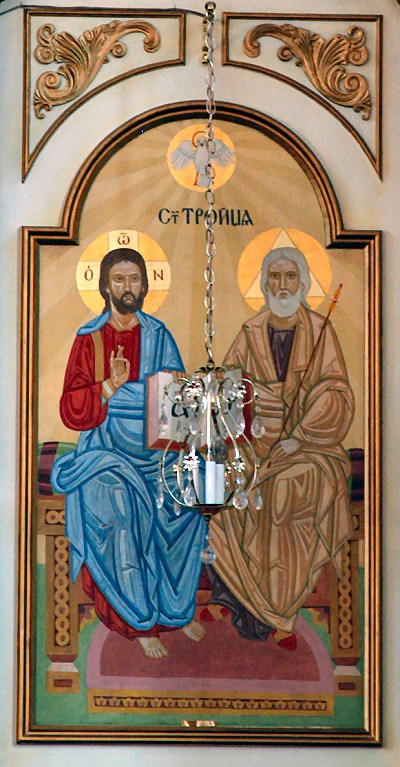 Beyond these seven Holy Mysteries, Orthodox theologians will also speak of other mysteries, or “sacramentals”, such as monastic tonsure, the funeral rites, and the various rites of blessing and sanctification (such as the blessing of Holy Water, the blessing of homes, etc.)

Additionally, there are other rites which are part of the Church’s liturgical expressions. Among these are a special kind of sacred poetry called “akathists”, orders of morning and evening prayer, and other daily services which are usually now only celebrated in monasteries.

All of the above services are celebrated within the context of the Liturgical year, which begins in September and concludes in August. This is the annual cycle of feasts and fasts that sets the rhythm for the life of Orthodox believers. The majority of Orthodox believers in the world celebrate the holy days of the Church Year according to the Julian Calendar.